Solar energy is on the rise and installing home solar panels is one of the easiest ways you can help reduce your environmental footprint and save on electricity in the long run. The average cost of a solar panel system varies, and multiple factors can influence pricing within each state. The cost of panels should continue to decrease as technology As the Lone Star State’s longest-running solar company, Freedom Solar has deep roots in the state. We’re especially connected to Central Texas, where the company was founded. In the past few years, we’ve aggressively expanded to population centers with high solar potential but low solar adoption and deregulated electricity markets — most recently to Houston. Over the past 12 years, we’ve seen a lot in the rapidly changing solar industry. We’ve seen everything from falling costs (down 70% since our 2007 foundation) to the number of U.S. solar-powered homes and businesses reaching 2 million (May 2019).

From our humble beginnings, installing solar one house at a time in Central Texas, we’ve A homeowner on Lake Travis west of Austin was looking for a solar backup power system on his property. We were able to build and connect an attractive ground mount solar panel array in a landscape design and a backup power supply with an off-grid component. Solar capacity in California already dwarfs Texas but is growing quickly in both states. In fact, they represent the number-one and number-two states, respectively, for solar growth. Recent policy changes in California will lead to a continuation of those trends.

In May 2018, the California Energy Commission unanimously approved a new measure that would require 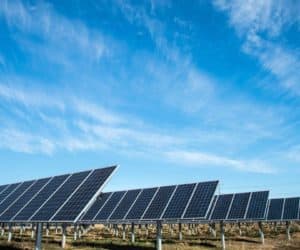 Houston-area residents hoping to power their homes with solar energy can rejoice: A new 1,800-acre solar farm scheduled to be installed in Fort Bend, Texas, will bring hundreds of megawatts of solar power to local homes.

Construction on the $170 million project begins next year, and facility owners are planning to have the farm live by You don’t have to know much about Texas to know that we have a lot of state pride. From our tacos to our state parks to our economic outlook, there are lots of reasons to love the Lone Star State.

Now our state’s residents have yet another reason to brag: the burgeoning Texas green energy movement. All over the state,

Solar capacity is expected to double over the next five years, and wind energy is projected to increase to more than 400 gigawatts of installed capacity by 2050. Meanwhile, staying on top of the solar market means keeping pace with a whirlwind of Texas may not be known for its progressive stance on renewable energy — the state was practically built on oil, after all. However, that reputation is quickly being built by one small town north of Austin. Teaching Solar Power to the Next Generation

David Hurtado recently installed 29 SunPower solar panels on the rooftop of his family’s home. The solar power system will offsets about two-thirds of his family’s electricity usage and avoid 9.5 tons of CO2 emissions annually, which is like taking two cars off the road for a year, This your source for Texas events related to solar power, green energy, eco-friendly living and home improvement, and electric vehicles. We’ll do our best to keep track of events all across the Lone Star State.

Right around Earth Day this year, we launched a new radio show and podcast called Texas Energy Lab. On the show, we highlight conversations in sustainability and innovation across the Lone Star State.

Every week, our hosts interview business and community leaders. We hear their stories, learn how they’re channeling their energies to improve the world Our sun is the source of all life on Earth, and solar energy is useful to us in many different ways. The sun creates two main types of energy – light and heat – that we can harness for many activities ranging from photosynthesis in plants to creating electricity with photovoltaic (PV) cells to heating water and food. So, what 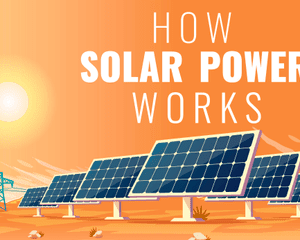 Solar power has been all over the news recently. Coverage ranges from the Biden administration’s import tariff to agrivoltaic farming to solar-powered cryptomining to the prevalence of electric vehicles (EVs) relying on panels to charge.

With so much going on, we thought it might be useful to go back to the basics. It’s easy to get The role of renewable (green) energy is increasing in the United States. Early U.S. energy consumers replaced the use of wood with coal, petroleum and natural gas in the generation of electricity. Today, because the use of renewable energy sources such as solar power, wind power, and biofuel is increasing, consumption of old, non-renewable energy sources is gradually declining. What Is Off Grid Solar Power?

The idea of going off the grid to achieve energy independence is appealing to many people. Who doesn’t want to declare freedom from their utility? Before you decide whether energy self-reliance is right for you, it is helpful to understand the trade-offs between a completely off-grid solar power system compared to a grid-interconnected system (with or without battery backup). Two of the best-known things about Marfa, Texas are the mysterious lights east of town and the Prada Marfa outdoor art installation. Now, those iconic sights are joined by a new and equally impressive landmark, an outdoor art sculpture that channels a very different kind of light. We were fortunate to have Carol Flueckiger, an artist and Associate Professor of Art at Texas Tech University, visit our headquarters office this afternoon to deliver a hands-on Solar Powered Painting workshop to our team. The technique she has perfected over two decades uses the sun’s exposure to create cyanotype prints on Editor’s Note: The post below is a first-person account from Clay McKelvy, a member of the Freedom Solar team that partnered with ABC Home and Commercial to provide an off-grid solar solution for A Child’s Hope, an orphanage in La Montagne, Haiti that serves 300 lost and abandoned children. This 20-kilowatt solar array and battery backup Harnessing the sun’s energy with solar panels is one of the cleanest ways to gain energy independence. Freedom Solar looked into 50 facts about solar power for you to learn more about its benefits and the industry as a whole.

1. Solar Power Is the Earth’s Most Abundant Energy Source If you ever find yourself at the flashing traffic light in the main intersection of downtown Marfa, walk a block south and then turn right. When you see the supersized orange neon horseshoe in front of an old church, you will know you’re at the wrong spot. Make that the Wrong Store. If you get there